Welcome to the Official Website for UK's Glam-Tinged Power-Pop Rockers!

Last Great Dreamers with their distinctly British take on power-pop are probably the UK rock scene's best kept secret. They built a formidable live reputation in the mid 90’s with their shimmering glam style. Their debut album Retrosexual, a love letter to the early '70s glam scene, caught the attention of Kerrang! magazine, resulting in an awards nomination for 'best new band’ before tragedy and disillusionment forced the band to call it a day. 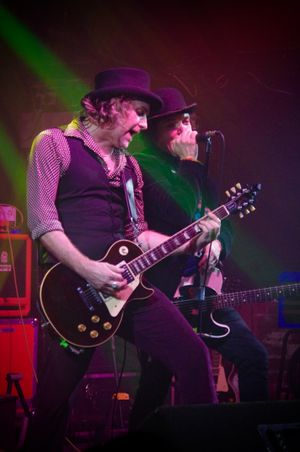 In 2014 they staged a fabulous comeback releasing an album of rarities, the critically acclaimed ‘Crash Landing In Teenage Heaven’ and have since in 2015 toured with Runaway’s singer Cherie Currie & in 2016 opened for bands such as the Darkness, Terrorvision, Hey Hello & Tigertailz and released 2 brand new singles ‘Dope School’, & 'Glitterball Apocalypse’ both achieving no.1 status on the TBFM/HRH radio network charts.

Promoting their 3rd album Transmission From Oblivion, which received rave reviews in both Classic Rock & Vive Le Rock magazines to name a few, in 2017 LGD took to the road on a hugely successful 20 date UK tour as special guests to The Quireboys firmly cementing their reputation as a class live act full of energy, emotion, grit & glamour! Also that year they played the main stages at Cambridge Rock Festival & HRHAOR Festivals in UK & Ibiza!

In 2018 LGD released their 4th album '13th Floor Renegades' to wide critical acclaim being described as "possibly the band's finest hour". They have relentlessly toured including their 1st trips to Spain & Norway as well as a spring UK tour & numerous festivals & support slots with the likes of The Alarm & Dan Baird.

Plans for 2020 include UK shows with punk legends The Boys plus headline shows in the UK, Spain, Italy & Scandinavia promoting their 25th Anniversary release of their debut Retrosexual. 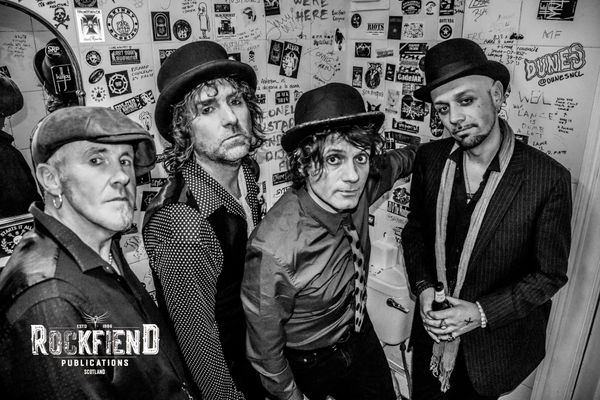 See the New Year in with The Dreamers!

See the New Year in with Last Great Dreamers at Shake Some Acton club at the George & Dragon, Acton London!

As you may know this November sees the 25th Anniversary of the release of our debut album Retrosexual. To commemorate this we plan to release the album on vinyl LP for the first time ever on 15th November.

To help us achieve this as an independent band we rely on your support so we have set up a crowdfunding page on our website where you can pre-order the album plus lots of other merchandise & offers. Please check out the page at https://lastgreatdreamers.com/crowdfunding

One of our offers is Vinyl LP…

For the second time in 2019 Last Great Dreamers have been invited back to tour with legendary Chicago Power Pop band Enuff Z’Nuff. Sadly lead singer Marc Valentine couldn’t make it due to family commitments but with his blessing Slyder is fronting a three man version of the band, aptly named Three Great Dreamers. Knowing Marc’s absence will leave a gap, the boys ploughed the back catalogue and have come up with a few surprises to put into the set.

Slyder, Tim and Rik have been hauled up in R.S. Studios…

Last Great Dreamers make a welcome return to Norway on Friday 21st June to play Odal Rock Festival. The festival includes names such as The Dead Boys & Nashville Pussy from the USA, The Boys from the UK plus a host of Scandinavian bands.